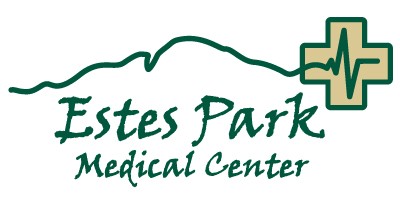 Two Approaches for Migrating to MEDITECH’s Scanning and Archiving

Migrating years’ worth of historical data to MEDITECH’s Scanning and Archiving (SCA) is no easy task. For a successful migration, it’s imperative that scanned documents and archives are efficiently converted. However, many facilities lack the internal resources or skills necessary for such a complex and time-consuming project. Forward Advantage handles projects of all sizes for MAGIC report extractions and third-party vendor conversions. By choosing to outsource with Forward Advantage, your staff can focus on other priorities, and you can be assured that your scanned and archived data will be migrated efficiently and accurately. Read on to learn how two very different customers recently benefited from Forward Advantage’s Document Imaging and Scanning Conversion (DISC).

EPMC is a long-standing MEDITECH customer, using nearly the full HCIS in its facility. In April 2013, EPMC transitioned to MEDITECH’s 6.x platform after having been on MAGIC for more than 10 years. Though this decision came with many benefits, including a more robust version of SCA, it also meant that the Medical Center would have to migrate years’ worth of historical data from MAGIC. Additionally, EPMC runs MEDITECH through a cloud-based environment with Dell, so network addressing needed to be managed between all involved parties. “This was not a project we could bite off internally due to the complexities associated with it,” says Gary Hall, vice president of information services and CIO at EPMC.

EPMC had been successfully using Forward Advantage’s Communication Director and single sign-on solutions, so Hall felt confident with MEDITECH’s referral. Customers choose which reports they want extracted from MAGIC (either standard reports or custom NPR reports), and Forward Advantage converts them into images.

These images are then imported into MEDITECH 6.x and accessible to users in the eChart. Having performed more than a dozen MAGIC report extractions, Forward Advantage emphasizes the importance of project planning. EPMC extracted a total of 340,000 pages, which took nearly three months’ preparation. Hall found this very manageable, stating that it was “little time slices here and there.” During this period, EPMC set up the network addressing and the authentication for Forward Advantage to remote into its system. It also ensured that form IDs matched MEDITECH and that testing and data validation was completed on time. Because of the level of preparation, the actual live run took only two days to complete. This minimized downtime and other interruptions for EPMC’s staff. “Forward Advantage was very straightforward and gave us the direction we needed,” continues Hall. “They set up
weekly meetings and were always available by phone or email until the project was complete.”

Interested in learning more about migration and conversion services?

HMH is a 300-bed hospital in Elizabethtown, Kentucky. The hospital is on MEDITECH’s Client/Server 5.6.5 platform but until recently had been using Eclipsys for its scanning needs. “We switched to MEDITECH’s SCA, because our physicians wanted to be on one system,” says Kendra Pence-Slayton, applications manager at HMH. “We had a lot of workarounds to get data into Eclipsys, and there was no easy way to extract data other than printing.” A Forward Advantage customer since 2000, the hospital’s IT team didn’t have to look far when it needed help converting its scanned images from Eclipsys to MEDITECH’s SCA. “I felt confident with Forward Advantage based on our history with Communication Director and Bed Stat, and I knew that they had already done this with other Scanning and Archiving customers.”

HMH began the conversion process in 2011 and finished it in February 2013. An impressive 60 million images were migrated, which represented 10 years’ worth of historical data. Just as with EPMC, responsibilities included setting up the appropriate form IDs for MEDITECH and doing the data validation. “We had a lot of validation to do, so we hired two temps to help us,” says Debbie Mobley, business systems analyst at HMH.

“Our contacts at Forward Advantage were great and often worked odd hours so that our validation tables were ready for when the temps would be working.”

Migrating to a scanning and archiving solution that is tightly integrated with your HCIS comes with numerous benefits. It cuts down on printing costs, saves time, and increases productivity. “Staff used to have to physically go to the Medical Records department to view a chart, and now they can view it wherever they are as long as they have the proper authentication,” says Hall. Pence-Slayton has been left with a similar impression. If staff at HMH wanted to view both historical and current documentation in the past, they had to deal with two different systems. “Now they can look at the data that’s coming live into MEDITECH and see any deficiencies or documentation that needs to be completed. It acts almost like a single sign-on solution without the single sign-on.”